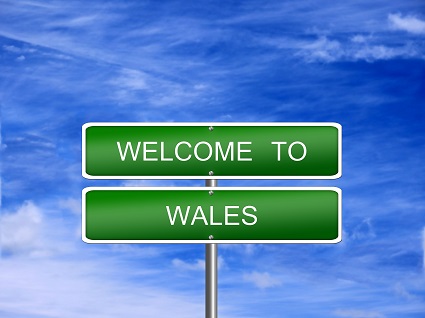 According to an official report from the UK government, the Welsh economy has been growing at a fast pace since 2012 and has in fact overshadowed other UK regions in terms of job gains and GVA growth. However, several analysts have pointed out that economic growth rates in many areas of Wales still lag behind the national average. This is particularly true in rural areas that formerly relied on the primary sector as the main source of income, and at regional level the total GVA remains at 72 per cent of the UK average. Training programmes, job creation strategies, and important infrastructure improvements have been carried out over the past decade with the objective of making Wales an attractive business destination supported by a flourishing and strong economic base.

In this respect, one of the most ambitious and far-reaching initiatives is the Circuit of Wales, a large-scale regeneration project that aims to address the economic challenges and shortcomings faced by business owners and residents in South Wales. Once completed, the Circuit of Wales project will have important economic, commercial, and educational effects on the local economy.

Project overview and key developments
The Circuit of Wales initiative consists of a Â£500 million project that will regenerate 830 of acres of land in Blaenau Gwent, a county that has repeatedly shown high levels of economic and social deprivation. Blaenau Gwent was chosen as a development site due to its strategic location, since the county’s proximity to the Welsh capital city (30 miles north) and to the Brecon Beacons National Park (one of the most popular tourist destinations in the region) makes it easily accessible to visitors and investors who are looking for a convenient base in Wales. Moreover, once established, the Circuit of Wales will help create a corridor between the most affluent areas of South Wales and the smaller and traditionally deprived communities to the north of Cardiff.

The key development at Circuit of Wales is the creation of a 3.5-mile long MotoGP circuit, which has been designed with the objective of turning the area into a world-class centre for motorsports and a premier entertainment hub. Once completed, the circuit will meet all the requirements to host racing events of international prestige. The creation of the circuit will capitalise on the strengths of the British motorsports industry, whose value is estimated to be in the region of Â£9 billion.

An economic strategy document published in 2015 by the Institute of Welsh Affairs drew attention to how important it is for the local economy to attract high-level research and development activities. The Circuit of Wales is expected to provide a solution to this issue, as part of the project will include the creation of a state-of-the-art technology park that will contain incubator space suitable for companies involved in high-value sectors like clean technologies, advanced engineering, and automotive. An industrial park will also be available, providing Grade A warehousing and distribution space in a convenient location near the English-Welsh border.

Economists have also drawn attention to another challenge faced by the Welsh economy. This refers to the relatively small number of medium-sized SMEs present in the region, as it is estimated that only 15 per cent (or 155,000) of all Welsh companies fall within this category. In addition, these firms tend to have below-average turnover levels. Some have suggested that this precludes sustained economic growth and that efforts should be made to boost the number of medium-sized businesses in Wales and to help bring their productivity levels in line with the national average. The Circuit of Wales regeneration project can have a positive impact in this respect, as the project will include the construction of two hotels and several retail and leisure facilities, as well as housing developments. The construction of these premises may create the right conditions for the establishment of new SMEs committed to productivity and to maintaining the highest industry standards.

As part of the strategy to attract new businesses to the area, the Circuit of Wales will be designated as an Enterprise Zone. As such, companies who relocate or establish themselves here will benefit from tax breaks, substantial funding, and capital grants. In addition, companies based at the Enterprise Zone will benefit from the support of leading academic and research institutions and from the specialised business support offered by Welsh universities.

Click here for more information on business premises and office space opportunities in major cities in Wales including Swansea and Cardiff.